Win a whooping sum of ₦500,000 in the ongoing Infinix Smart 5 challenge.

Have you always wanted to put your face on a glamorous magazine cover? This could be your chance. Africa’s premium smartphone brand, Infinix, is giving young Nigerians an avenue to put their smart looks on display.

What’s more? In addition to fulfilling your life-long dream of being a model, you might also get to win half a million in Infinix’s new campaign. 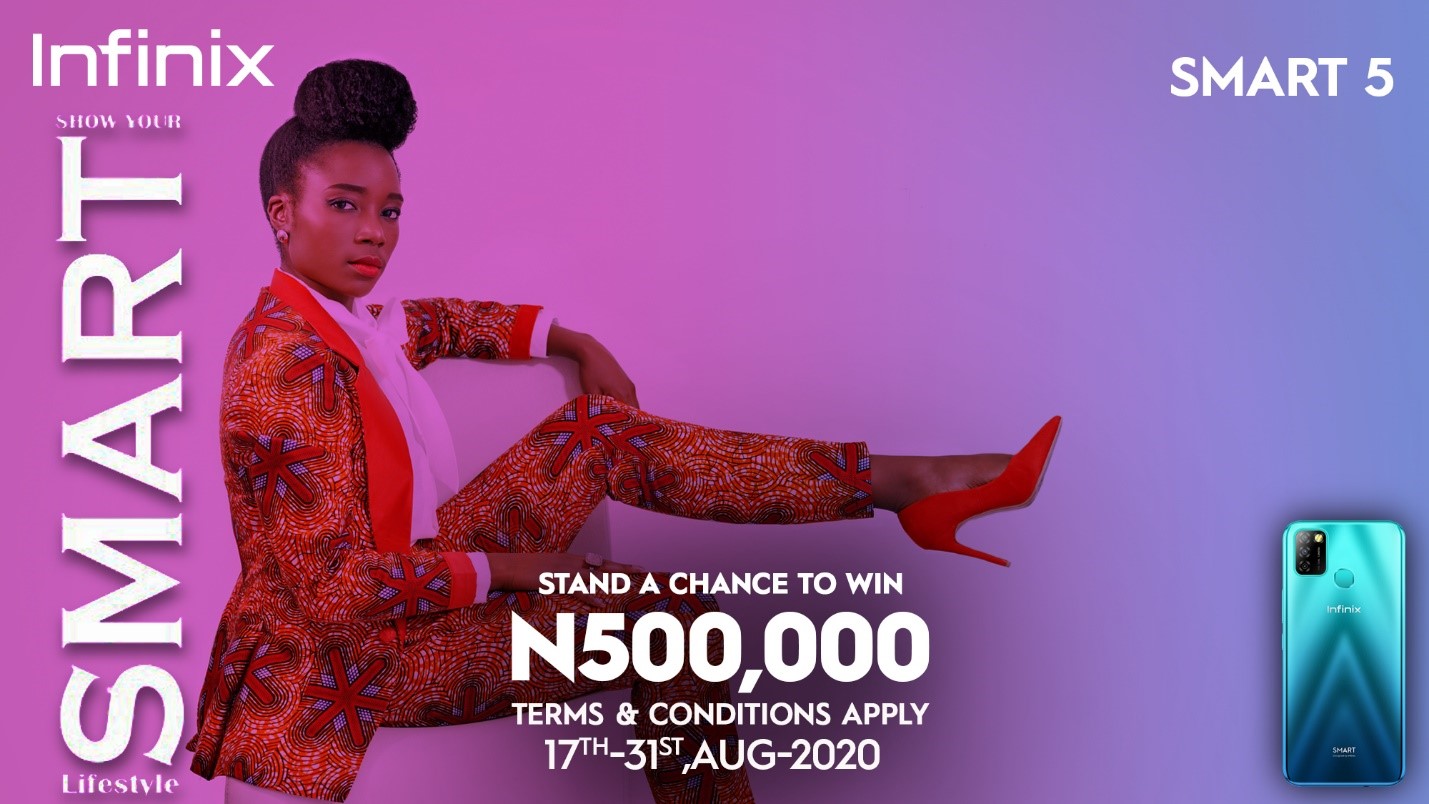 It’s an indubitable fact that Infinix is big on fashion. The brand’s keen appreciation for fashion can be clearly seen in every of its product design. From Inception, its devices have always come with splendid designs and in trendy color options that are suitable for fashion-sensitive smartphone users.

Infinix has also sponsored several activities in the past which were centered on fashion. One of such activities is the styled by Infinix S5 campaign which was held last year in November.

This time, Infinix intends to show young Nigerians off to the world. The brand believes that Nigerians are fashionable and distinctively gorgeous in their different shades of black.

Hence, the brand has set the Smart5 campaign in motion to inspire fans to put their smart looks on display.

To participate in this campaign, interested participants are expected to take a picture of themselves, showing their “smart lifestyle”. According to Infinix, the “smart lifestyle picture” is a picture taken with style and finesse whilst wearing a fashionable outfit. 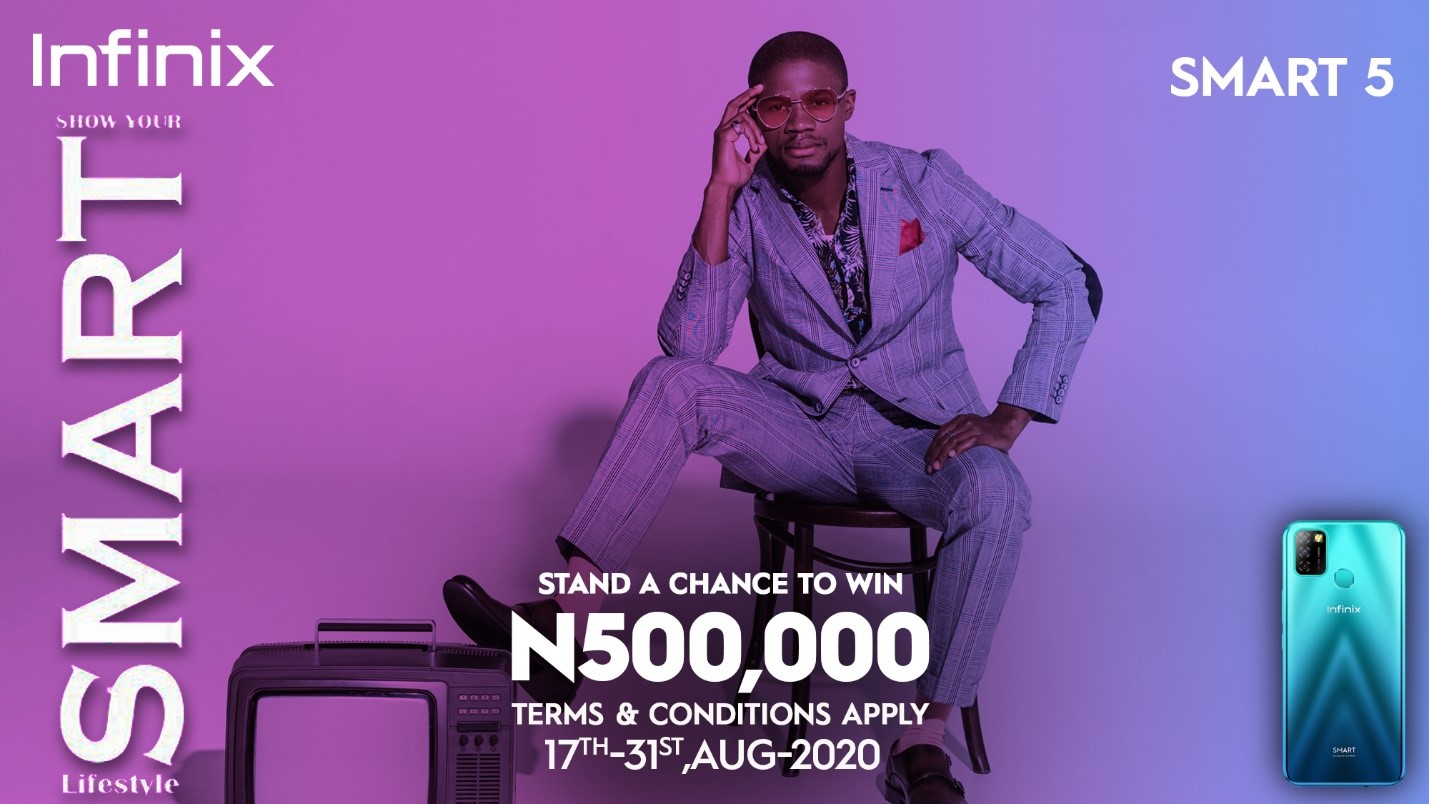 Several demo images of the smart lifestyle pictures have been posted on Infinix’s social media pages. These pictures will serve as guides for every interested participant to take their unique pictures and send in their entries.

Participants are also expected to;

After all entries have been received, 20 Top entries with the highest engagements will be selected. These 20 entries will consist of 10 male and 10 female entries. After this, online viewers will be allowed to vote for their preferred face from the male and female category. At the end of the campaign, two winners will emerge and will become the face of the Infinix Smart campaign.

The campaign is already underway and it will end on the 31st of August. Get in front of your cameras now and start creating those smart lifestyle pictures.

To participate in this phase, all you need to do is;

The pictures with the highest engagement for male and female will walk away with the ₦500,000 grand prize. Runner ups from the different legs of the campaign will be given brand new Smart 5 devices.

Joro Olumofin files lawsuit against Tunde Ednut, vows to get him deported