Princess Shyngle has re-announced her engagement to her fiance Frederic Badji months after she broke up with him, called him out for cheating, and released a video of him begging her to take him back. 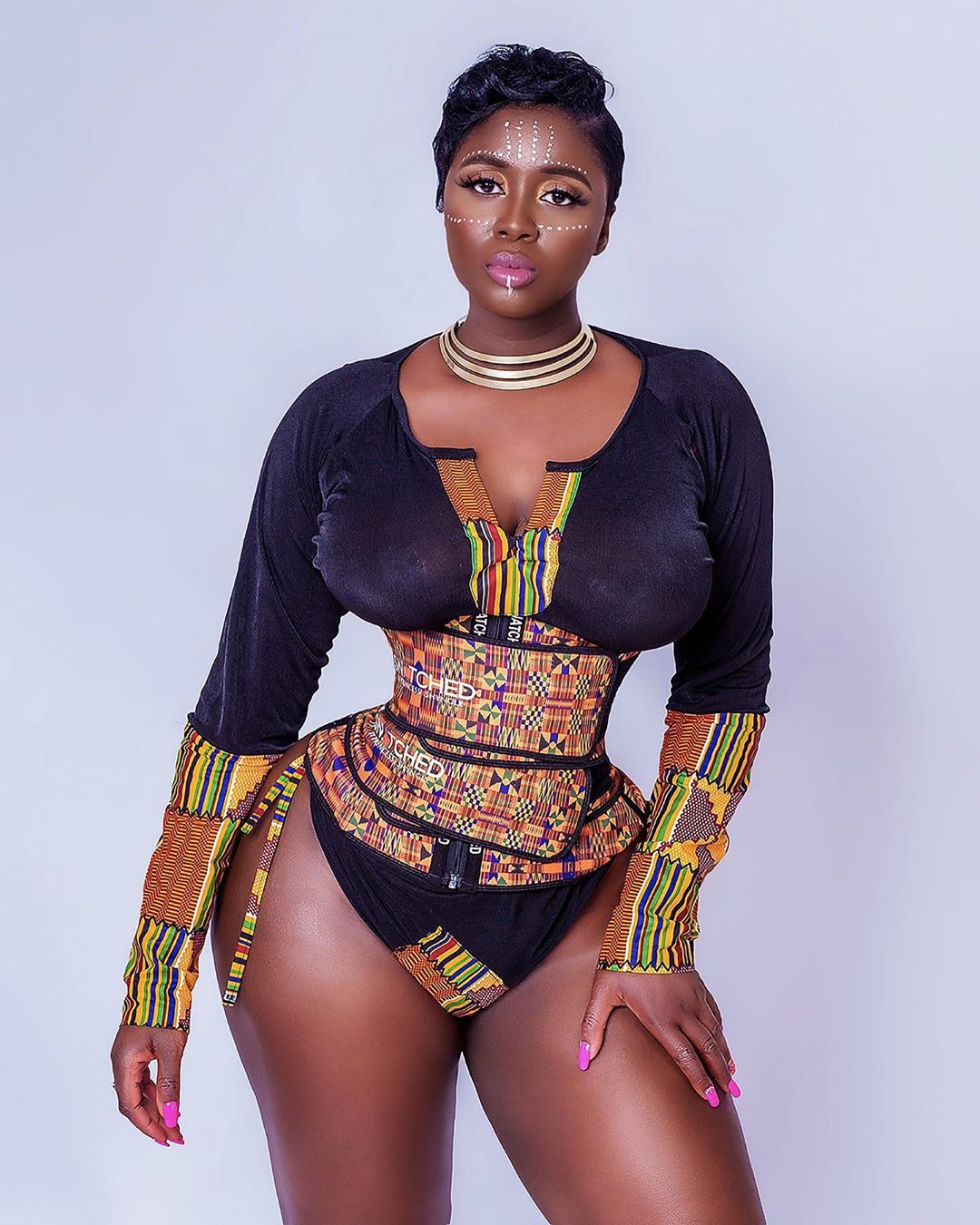 The end of 2019 was a tough one for Princess Shyngle’s Senegalese fiancé, Frederic Badji. Not only did Princess Shyngle end their engagement, but she also mocked him online by releasing a private video he sent begging to have her back. To make matters worse, he was allegedly arrested over alleged fraud in New York.

But things are now looking up for the couple as they are back together and it appears wedding plans are in the works.

Princess Shyngle shared a screenshot of the first DM Frederic sent to her 8 months ago that stole her heart. She then showered him with love in her caption.

“Only my real followers will remember this . 8 months ago I posted this dm on my page from a total stranger and it caught my attention because it was the sweetest dm I ever received even though the person that sent it didn’t have a profile pic or a single picture on his page , I decided to screenshot the dm post it on my ig and asked my amazing followers to advise me if I should reply the dm or ignore it do y’all remember 80% of y’all said I should reply the dm well I replied and 5 months after that dm he proposed and I’m about to be a wifey to the man I dreamt about all my life @fredericbadji1” 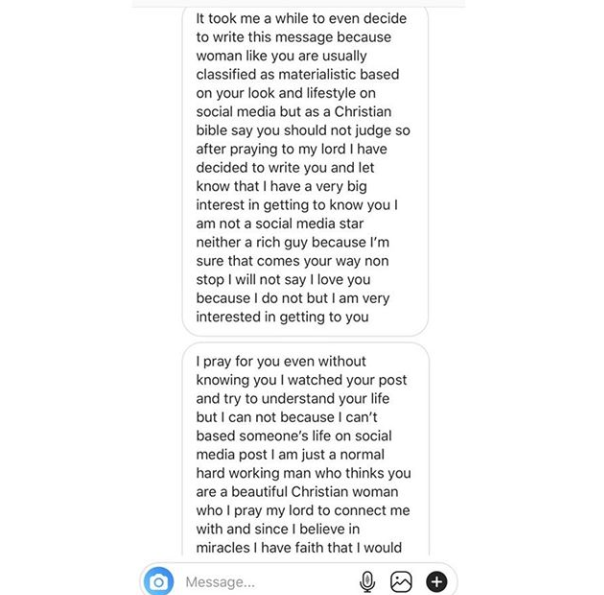 Frederic also took to his IG account to share an adorable video of him and Princess Shyngle with the caption: “I love you @princesshyngle.”

ALSO READ:   “There is no actress that made her riches from just acting movies”- Princess Shyngle

Like Princess Shyngle, Frederic also included a love and a ring emoji. 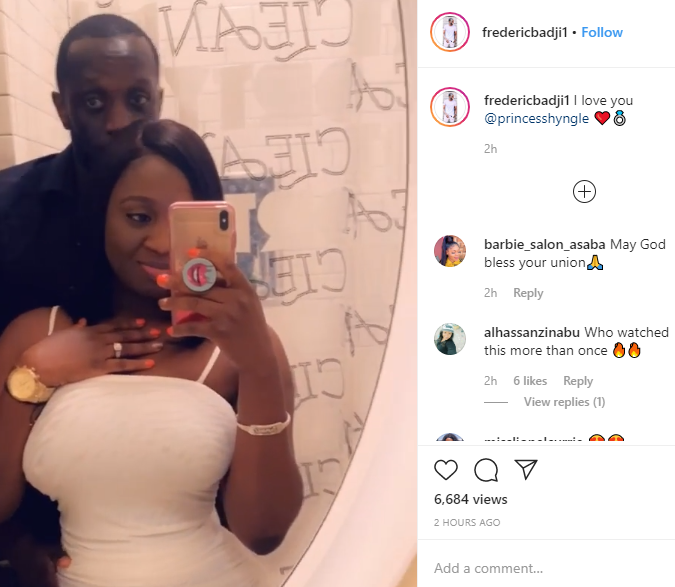 MOTIVATIONAL MONDAY!! Social Media Is Killing Many Nigerian Youths – You Might Be One Of Them (Find Out How)