A Twitter user with the handle @alvscii took to the platform to reveal what she did when her boyfriend broke up with her.

This revelation comes after a lady asked other users on the platform to state the craziest thing they have done after a breakup.

She tweeted: “Was gonna commit suicide just to frame him for murder. The breakup was rough.”

She added: “He was my first boyfriend and he cheated with a friend. Love makes you crazy.” 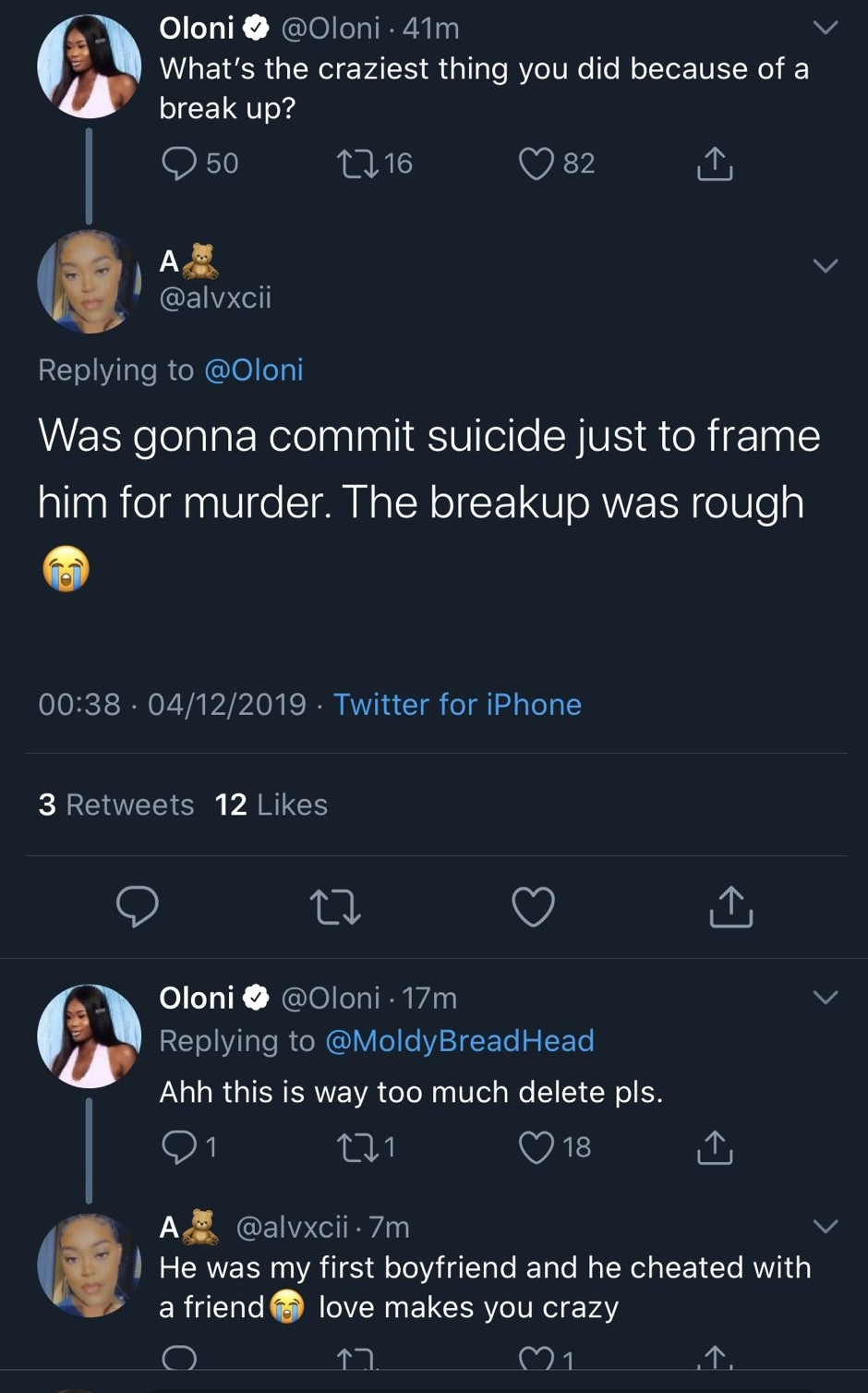 2023 Presidency: Southwest Is Ready To Take Over From Buhari