A Ghanaian slay queen who has been identified as Farida, stripped on her Facebook live to rain curses on her ex-boyfriend who she claims leaked her sex tape.

Farida who dragged her ass on the floor as she mentioned the name of her ex-boyfriend, Kelvin Brown, “solidified her curses” by pouring libation and breaking an egg. 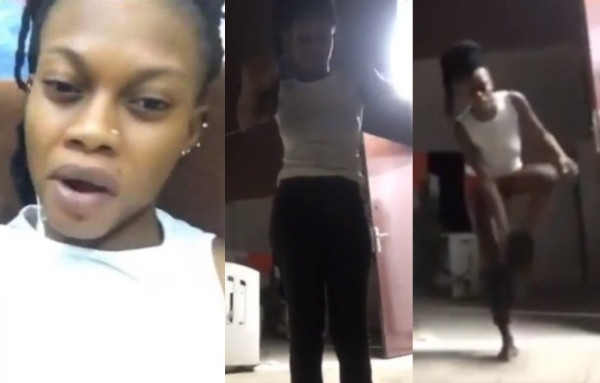 She reportedly cursed her ex-boyfriend with “death” for disgracing her on social media when she has done nothing wrong to him.

Watch the video below,

Rapper, Zlatan reacts to Headies nominating him alongside Rema, Lyta Fireboy in Next Rated category

Use Men To Climb To Your Destination – Blessing Okoro Advises Women

“I can’t marry someone like Dangote” – Yoruba actress reveals