Nigerian singer, Wizkid took to social media to react after Teni suffered a fall while attempting to show off her gymnastics skills in a mall.

Recall that Wizkid playfully agreed to father Teni’s baby after the singer announced that she got pregnant immediately she listened to ‘Joro’.

Teni had earlier shared a video of herself boasting about how much of a great gymnast she used to be. She decided to take her gymnastics show off one-step further and attempted a somersault, just after an almost successful landing, Teni had a great fall.

Wizkid who was concerned about his ‘baby’s’ health reacted by saying; “Please don’t kill my baby for me o!” 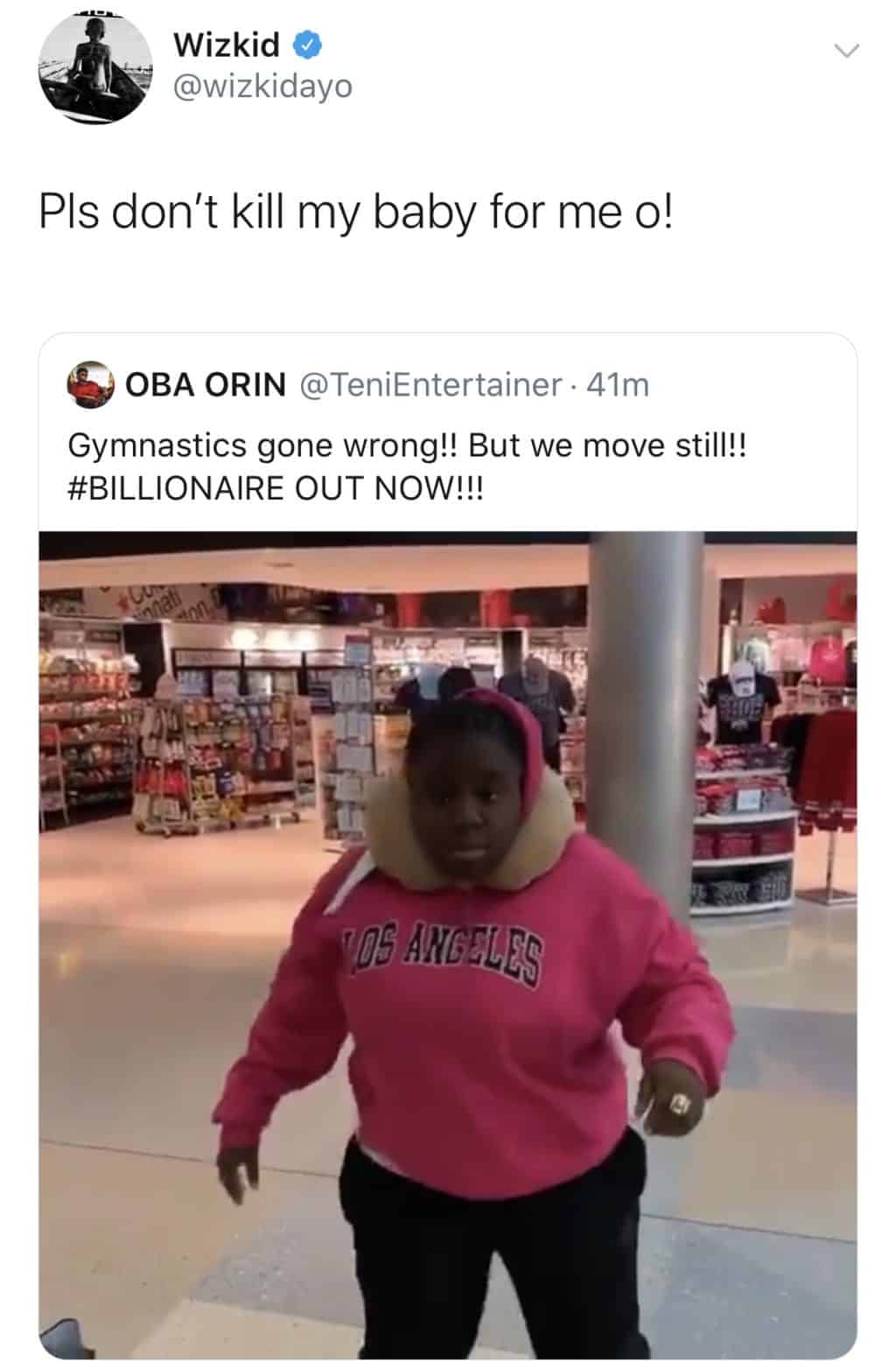 Watch the video below;

GYMNASTICS GONE WRONG BUT WE MOVE STILL 😩😩😩 #BILLIONAIRE have you hear my new song BILLIONAIRE?

‘My encounter with Angels in heaven’ – Pastor E.A Adeboye